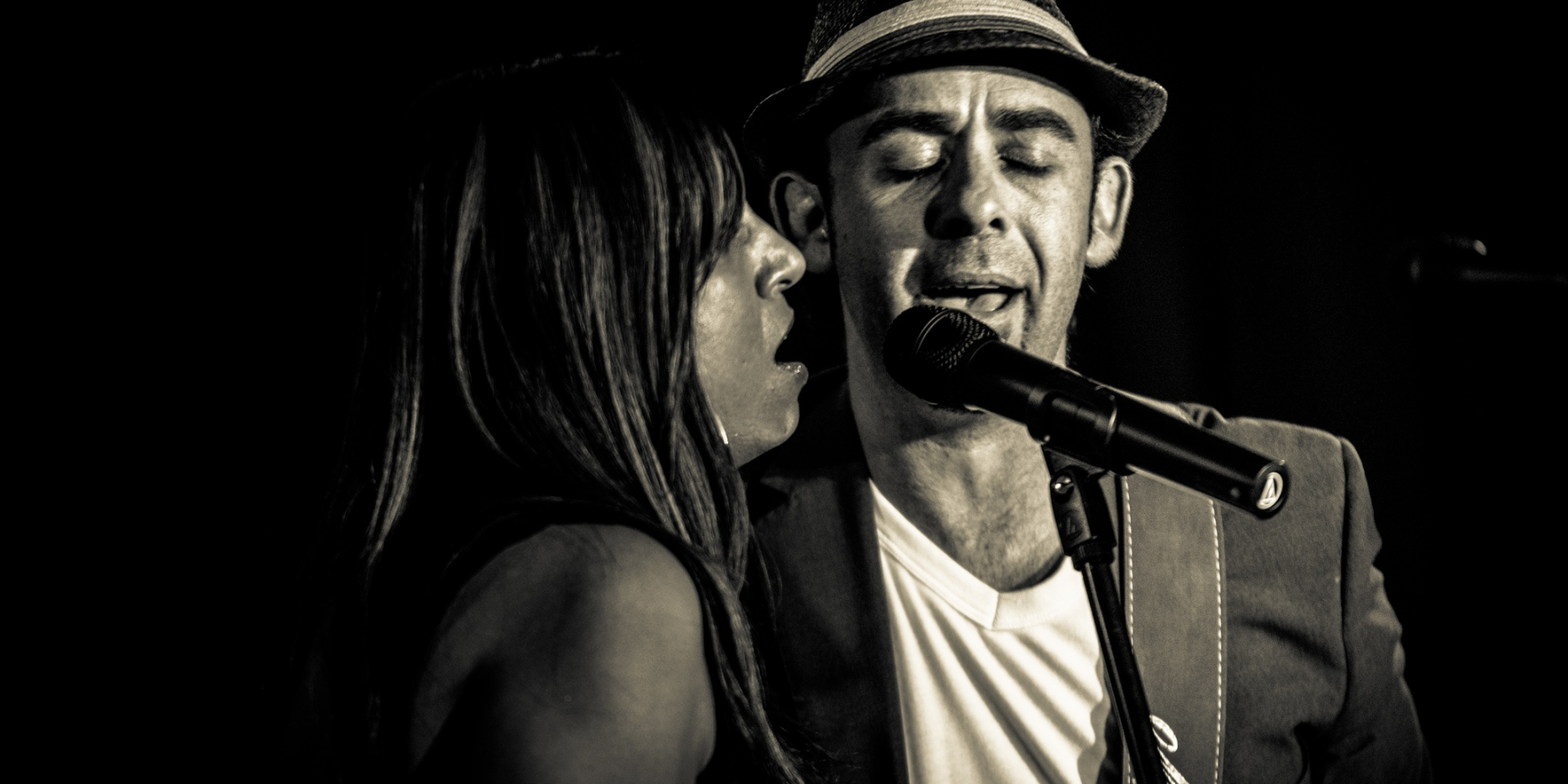 The McNaMarr Project’s Debut album ‘Holla & Moan’ was released in July 2019 debuting at #2 on The Australian Blues & Roots Airplay Charts, hit #3 on the Roots Music Report US Soul Blues Airplay Charts as well as #1 on the RMR Australian Album Charts.

‘Speaking of dancin’, groovin’, movin’ and shakin’ your tailfeather, ain’t no better thang I’ve heard out there in a long time than the The McNaMarr Project. When I was a kid I had records by Otis Redding & Carla Thomas, Sam & Dave, Tina Turner, Staples singers..I haven’t heard a blues duet like that since then. Thank you Johnny and Andrea for bringing back that spirit and creating your own thang with it’ Eric Martin Mr Big Lead Singer

‘When Andrea Marr & John McNamara were encouraged to record as a duo, they discovered a match made in soul heaven. They fuse individual range and phrasing like vocal bookends, cooking up spicy soul...you may be inspired to holla and moan or twirl and testify, either way it’s a joyous ride, right up to the final track’ Chris Lambie Rhythms Magazine Australia

‘..the results on their debut ‘Holla & Moan’ are staggering. This album would fit right into those in the heyday of Stax, evoking Otis Redding and Carla Thomas or perhaps Ike and Tina Turner, they belong in that lofty company because they did it the right way, recording at Royal studios with Boo Mitchell at the board and veteran Memphis musicians backing them’ Jim Hynes www.makingascene.org US

‘Two of Australia’s finest soul and blues singers Andrea Marr & John McNamara began their collaboration in 2018, winning that year’s Blues Performer Of the year Awards representing Australia at the IBC in Memphis TN, the home of Stax Records where in the 1960’s Otis Redding and Carla Thomas recorded a batch of timeless duo hits...I can’t recall the last time I heard a female/male act as exciting as this.’ Billy Pinnell Stack Magazine Australia

‘Individually Marr & McNamara are standout performers, but this combined project takes them to the next level’ 4 Stars Rory McCartney Blues Music Australia Magazine

‘It’s a crackin’ album, not one bad song on it’ - Vince Peach ‘The Prime Minister Of Soul’ PBS FM Soultime

‘Just started listening to the McNaMarr Project CD Holla & Moan and had to restart it about 12 times...hooked me right from the start!!!’ Kevin Hardy - Project Blues Radio Show Indiana USA

‘I’ve been driving around this weekend with my copy of Holla & Moan on high rotation and it’s an absolute knockout! The songwriting is excellent and the pairing of Andrea Marr & John McNamara is a match made in heaven.’ - Geoff Achison Australian Guitar Legend

‘What a corker..once you listen to the McNaMarr Project’s first release Holla & Moan, you’ll be craving more from this formidable duo. Sensational songs, exceptional harmonies, excellent productions and the band just cooks. Get it, you won’t regret it’ Georgina Reed Soulscope Sydney

‘From the title track’s first notes to the final notes of ‘Blues Brought Me Here’ this recording almost sounds like a lost Stax recording session’ http//inabluemood.blogspot.com USA

"Drenched in old school soul, this is some of the coolest duet work to come along since Stax shut" TheMidwestReport IL

‘we sing, we move our heads, we cannot remain static..the music flows like the soundtrack of a good trip..the listener is caught in a universe at once nostalgic and comforting - a veritable tour de force!’ www.bluesagain.com France

‘They’ve made a glorious album of blues based soul. And when I say glorious I really mean it. There solo work is great but this goes way beyond that in a timeless manner..I won’t be the first or last to point out that this sounds like the sort of Memphis music punted out by Stax back in the day, but it’s an accurate comparison. I’ve tried to pick out highlights, but as it’s one of the records of this year (or any other for that matter) it’s tricky. You have to own this. www.therocker.com UK

"Respect! Nothing But Respect" Rootsville Belgium

‘The result is a fantastic, feel-good, heartwarming, good time soul party, recorded in a spirit that the genre’s ghosts would be proud of’ www.australianmusician.com.au

‘Ten original tunes that absolutely nail the sound and spirit of Memphis soul. Marr has been compared to Betty Lavette and Tina Turner and with good reason..she delivers vocals with power and soul and has a compelling stage presence. McNamara’s vocals are reminiscent of the likes of Sam & Dave or even Otis Redding. Needless to say this is a powerful vocal pairing. This is quality work that would be every bit as well received in the late 1950’s as it is today. It is truly timeless.’ Bill Wilson USA www.chickenwilson2.blogspot.com

‘If someone listens to this album without looking at the credits he might think he is in front of a Chess, Stax, Motown or even Tamla Recording...Ten original songs that totally immerse us with amazing credibility and reliability into the Memphis soul spirit..Andrea Marr’s voice gives us the same feeling as artists like Betty Lavette, Tina Turner or Sharon Jones, perfectly supported by John McNamara’s work on vocals and guitar...in short words, GREAT! www.lahoradelblues.com Spain

‘I spun my new CD and was immediately grabbed by two strong vocalists..The sassy voice of Andrea Marr and the other John McNamara, a man who sings with power and great range. Their voices complementing each other totally, they combine their soulful sounds to form the McNaMarr Project. If you like great vocals artfully delivered in a soulful package, you’ll love ‘Holla & Moan’ www.bluemondaymonthly.com USA

‘This was obviously recorded at Royal studios in Memphis TN. It is drenched in blues and soul sounds, the kind of thing that Albert King and Little Milton did with Stax or Al Greene or Ann Peebles laid down for Hi...soulful and gospel drenched original numbers that could have come out of the river city back in the day. All the tracks are noteworthy, - very much so - but I’ll pick out a few favourites, ‘’Throwing Down A Little Love’ ‘Can You Take The Heat’ and ‘Something That’s Real’ ...yes I enjoyed this a lot’ www.bluesinthesouth.com UK

‘They are Australian and share the same passion for blues, gospel and old fashioned soul, that of Stax and Motown, so it seemed obvious that John McNamara and Andrea Marr needed to bring together their exceptional voices to conquer the public of that continent, but also more widely that of the whole world! ‘Holla & Moan’ sweats the soul with each of its’ notes, so much so that one sees there the shadows of the big names of the kind, of Aretha Franklin until Otis Redding via Sam Cooke, Al Green, Etta James or Isaac Hayes...offers us soul blues that makes the effect of champagne as it is fresh and intoxicating. Partly recorded at Royal Studios in Memphis by the

groove magician Boo Mitchell ‘Holla & Moan’ is not just a soul album, it is a real plea for the soul in the most noble sense of the word. We Love! www.zicazic.com France

‘From the first milliseconds The McNaMarr Project hit directly..after ten tracks I am on the floor, on the back and moving..excellent singer Andrea Marr , who in her throat combines the best that comes to us from Betty Lavette and Tina Turner, and John McNamara without any doubt a truly distinctive blues musician. His guitar and vocals are coping brilliantly with the powerful personality that Andrea Marr wears so well...exquisite songwriting of soul, blues, gospel and funk...by listening to the album many times it became clear to me that there simply is no bad song...Bravo! Bis! And we want more!’ Blues Corner Croatia

‘..when one listens to it, it is almost as if Chess, Stax and Hi records packed up and moved down under. Andrea Marr is as soulful a vocalist as they come, evoking comparisons to Tina Turner and Sharon Jones. Toss in John’s guitar lines and his own bluesy vocals and these two make a dynamite pair’ Don & Sheryl’s Blues Blog USA

‘So what do you get when you mix 2 of the finest soul blues singers in Australia with the best rhythm section from Memphis? Magic happens. This cd is a serious contender for soul blues album of the year. Fabulous harmonies, incredible energy, passion and tons of soul. In a word, Stunning!’ Barry Maxwell Blues On The Hill Presenter & IBC Judge

‘Blues from Down Under! The McNaMarr Project from Australia, is a Chess records update..no covers, just 10 slices of pure Chicago Style blues..their two voices crawl on top of each other, slither underneath each other and throughout, playfully tease each other with humour, grit and soul. They’ve obviously learned their lessons well’ Mike Greenblatt Goldmine USA ‘ 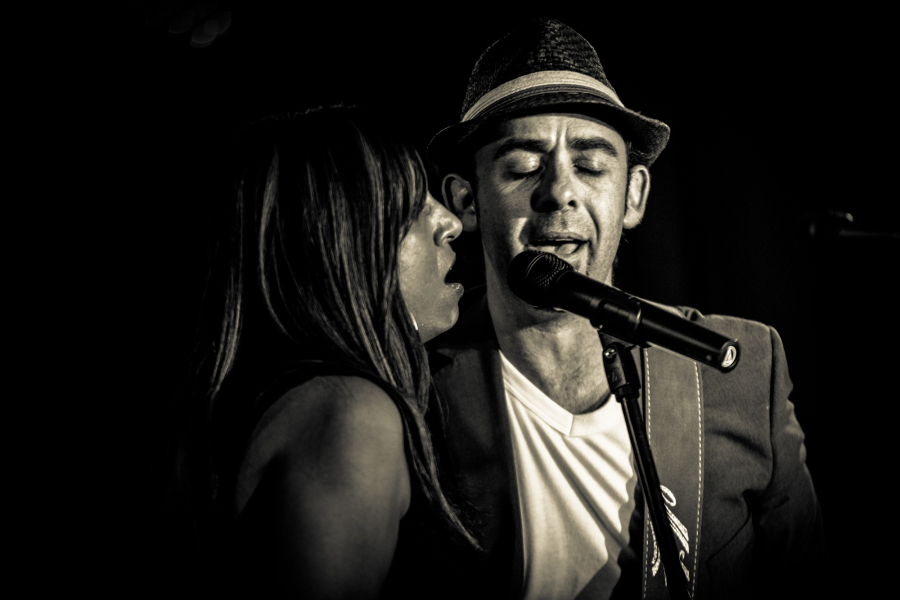